"My relationship to water is truly carnal."

- Born in the depths of the Champagne countryside, nothing predisposed Guy Delage to love ocean immersions ... It’s one of them that will make him becoming famous !

- At 18 years, he swam across the Channel, alone and without any assistance.

- In 1973 he swam from town Le Conquet to the island Ouessant, still alone and without any assistance.

- Since the age of 15, he spends thousands of hours on diving and snorkeling.

- « Opération Océanantes » : On 16 December 1994, Guy Delage left the beaches of Cabo Verde (Mindelo Island) alone, crossed the Atlantic, drifting and swimming, and arrived on 9 February 1995 on the Island of Barbados.

- « Mission Oxygène » :  In 1998, he tried to cross the Indian Ocean by drifting in an underwater submarine bell, Ocean Observer, at 7 meters depth.

- Since 2002 and until 2016, he has carried out numerous explorations in diving and snorkeling in contact with large marine mammals and sharks in places that are still fairly well preserved in the Caribbean and the Pacific Ocean (Los Roques and Los Aves -Venezuela- , Light house reef and Glover reef - Belize -, Silver bench and Bank of the Handkerchief -Turks and Caicos and Dominican Republic, Las Perlas -Panama-, Malpelo-Colombia, Galapagos -Equator-, Henderson -Pitcairn Islands-, Gambiers, Tuamotous, Marquesas-French Polynesia-) 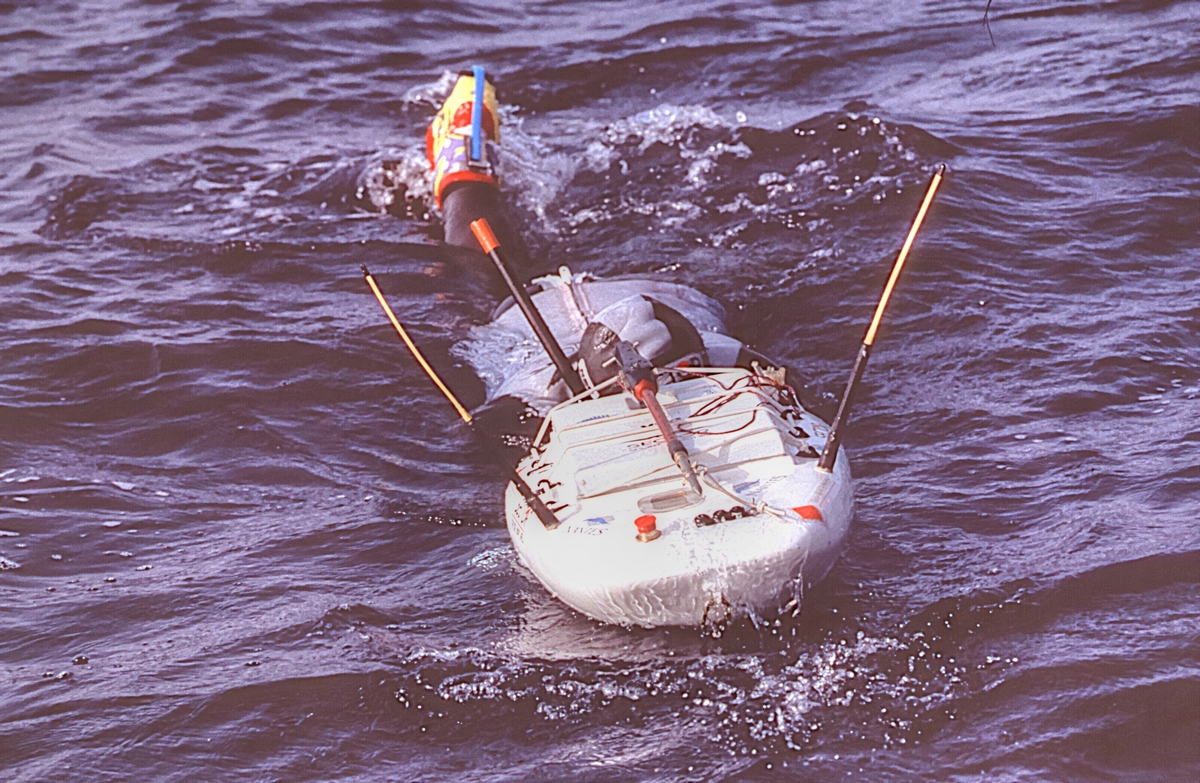 On December 16th, 1994, Guy Delage leaves alone the beaches of the archipelago of  Cabo Verde.

The goal is to reach the Caribbean island of Barbados, swimming 6 to 8 hours a day (25 to 30 km with fins) and drifting the rest of the time on a tiny raft. There are no accompanying boats. He arrived in Barbados 55 days later!

Characteristics of the raft :

- 5500 magazine and press publications worldwide
- 29 hours of television on channels from around the world
- 47 hours of French-language radio and 8 hours on radios from non-French speaking countries! 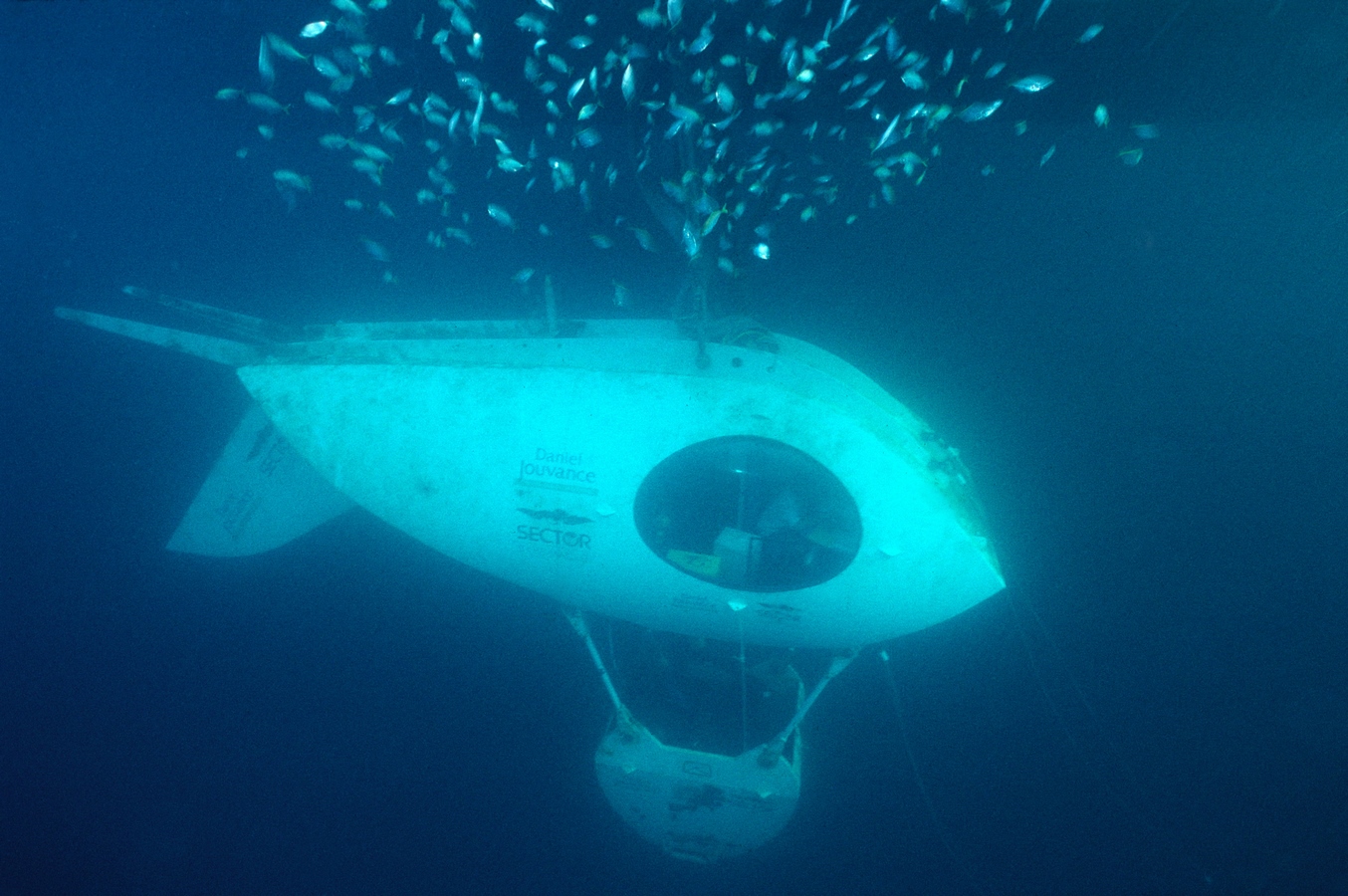 Crossing the Indian Ocean in 1998 in a submarine drifting habitat at -7m.

Difficult experience that opened up knowledge of the oceans in general and of the pelagic world in particular. Ocean Observer was to be an alert operation in direction of the general public."Pollution, fishing pressure, climatic desease are all phenomena that destroy the ocean balance. The future of man is played out in the depths of bluewaters because phyto plankton produces 80% of our oxygen, and more and more consciences are rising against the abuses of our industrial society to do that this environment must remain intact ... "

Verification of the physiological capacity of man to resist in shallow blood nitrogen saturation with successive ascents to surface atmospheric pressure.
- Observation of the stress mechanisms of such a test. - Observation and report of the pelagic life by favoring its concentration around a drifting object.
- Collection of  phytoplankton and zooplankton samples to develop a qualitative inventory of the area.

- simulation at the hyperbaric center of Ravenna in Italy
- Test in situ in the port of Havre.

- Abnormally strong weather conditions for the season (El Nino?)
- Breakage of the under - marine habitat suspension (resistance 200 tons), and sinking of the submarine habitat after 13 days of drift.

- Observations in marine biology carried out at 65%
- Planktonic samplings carried out at 60%
- Experience ( Sinking of Ocean Observer) leading  to the design of new submarine habitats.